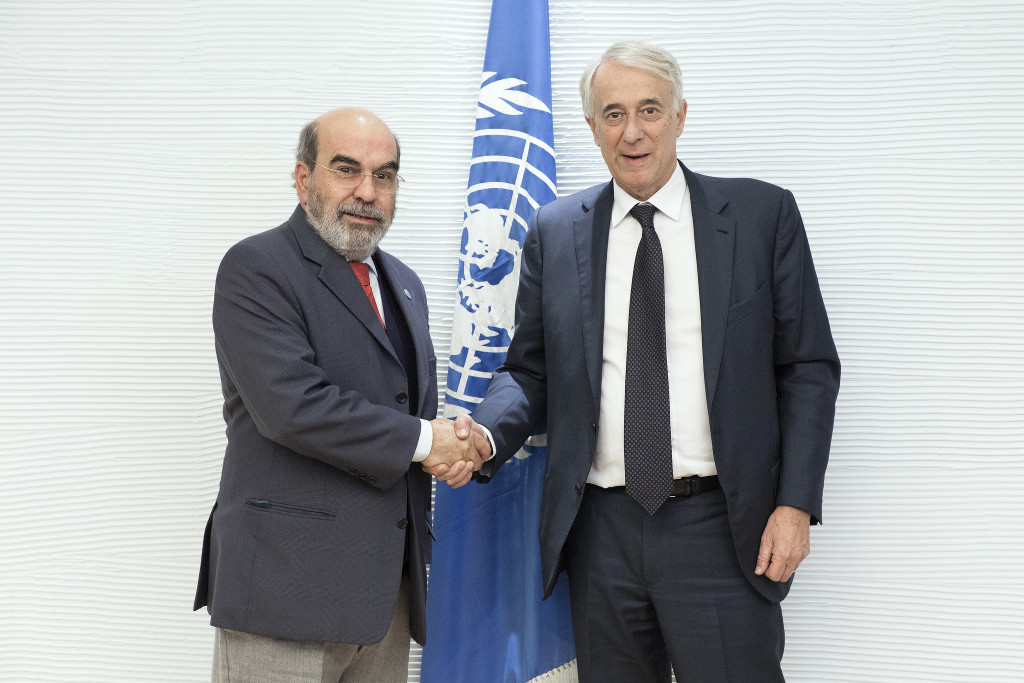 FAO and the Municipality of Milan are planning to join forces to bolster the implementation of the pact, a pledge to promote fairer and more environmentally-sound food systems in urban areas signed so far by 116 cities ranging from Abidjan to Zurich.

Signatories to the Pact agree to adhere to key principles such as guaranteeing healthy food for all, promoting sustainability in the food system, educating the public about healthy eating, and reducing waste. Over 100 cities did so in a global gathering in Milan on the occasion of the World Food Day 2015.

During a meeting between Pisapia and Graziano da Silva here today it was agreed that the next such gathering will be hosted at FAO headquarters in 2016 — one year after the official launch of the Pact as well as the creation of the new 2030 global agenda for sustainable development by the United Nations. The meeting will take place in the framework of the next World Food Day celebrations

Starting in 2017, Mayors’ gatherings will be hosted by signatory cities on rotational basis.

“The Milan Urban Food Policy Pact is a valuable and ambitious initiative, which can only grow through a strong partnership between different actors and the active involvement of civil society and the private sector,” Graziano da Silva said. “FAO is available to support this networking effort and the promotion of the best practices among cities”.

“From the very beginning FAO has actively worked with the city of Milan and other urban areas in developed and developing countries to draft the first international pact of Mayors on smart urban food policies” said Pisapia.” “I really appreciate the commitment FAO took today to continue with this strategic collaboration.  Working side by side cities and international organizations can crucially contribute to fight against hunger and to create new development models towards a more equitable and sustainable world”.

FAO provided technical assistance in developing the Milan Urban Food Policy Pact’s framework.  Moving forward, the agency will support the formulation of indicators to measure UFPP targets; assist in obtaining and monitoring data to assess progress and results; facilitate the exchange of best practices among cities; and help in expanding the network.

The Urban Food Policy Pact was one the landmark initiatives linked to the 2015 World Expo in Milan, whose theme was “Feeding the Planet, Energy for Life”.

FAO coordinated the United Nations system’s participation at Expo, which included a UN itinerary that offered millions of visitors an opportunity to learn more about the issues of food security and nutrition and the UN’s work to build a world free from hunger.

The work with Milan’s city administration is part of FAO’s campaign to raise awareness that, with adequate public support and political will, hunger can be ended by 2030, making this the Zero Hunger Generation.