How does Milan feed itself? How is food produced, distributed and consumed across the city? Where do Milan’s citizens do the groceries? Do they eat healthily? And how many of them do not have enough to eat? Starting from these questions, the Food Policy has analysed Milan’s food system, highlighting its strengths and weaknesses.

The research showed that Milan has a dynamic environment, where new social issues are raised in connection with food. At the same time, the city also hosts several economic and financial institutions, which represent the heart of the Italian agri-food system. Considerable part of the food trade and research –  as well as the restaurant industry – is concentrated In Milan.

The Report analyzes a wide range of issues that make up the Milan food system and aims to provide all components of the municipal administration and the city’s actors with a reasoned and scientifically based framework of data and information relating to the issues. and priorities of the Food Policy.
The Report is an integral part of the activities of the Milan Food Policy and is the basis of the Monitoring System established by the “Guidelines for the Milan Food Policy 2015-2020”.

Download and read the full report: 2018 – Report The Food System in Milan – EN 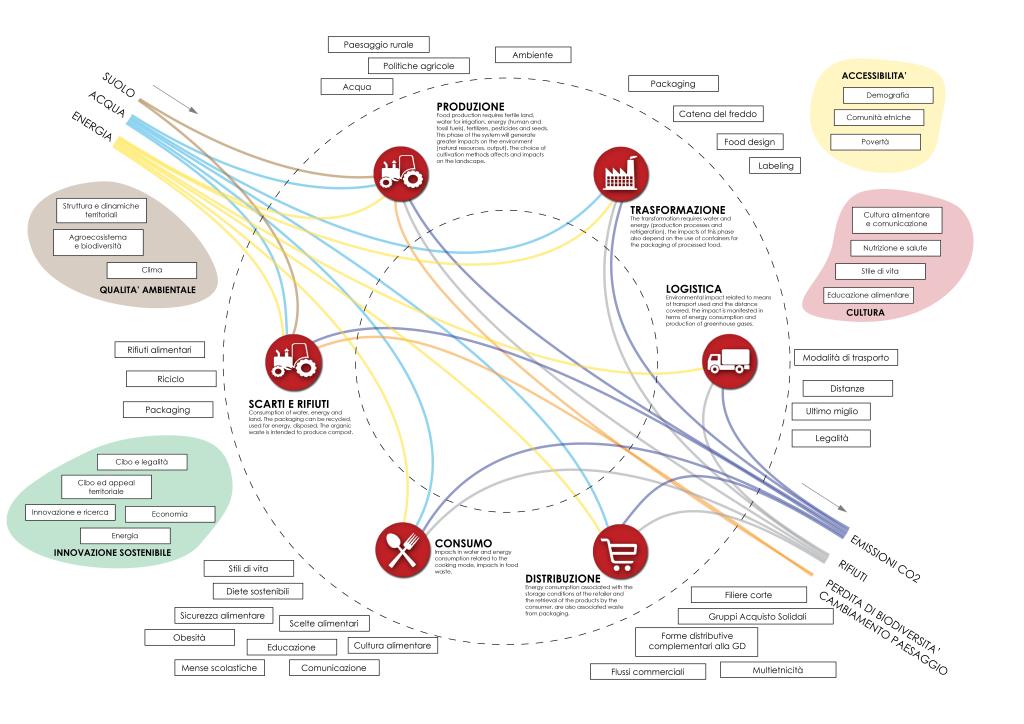 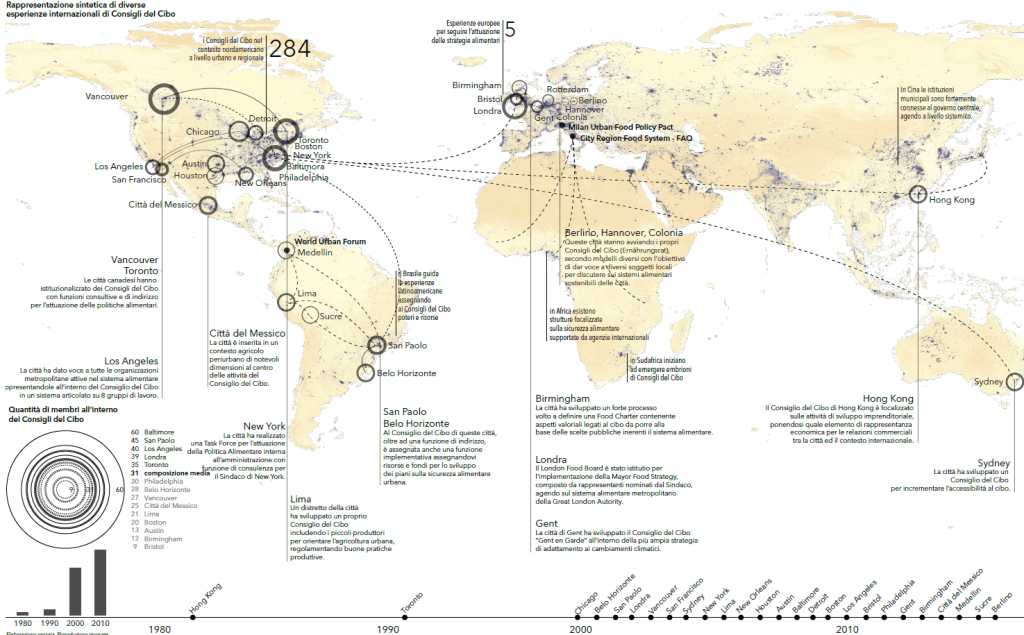 The Milan Food Policy provided for the establishment of a tool for involving the various players in the food system (producers, traders, experts, associations, etc.) with the aim of promoting participation in choices relating to food policies. On the basis of the various European and international experiences already implemented, some effective ways, that facilitate listening, activation and return to the subjects involved in the practices of the Food Policy, have been identified .

In many cities of the world from Toronto to Detroit, from Mexico City to Medellin, to Bristol, Ghent, Rotterdam there are food councils that have different structures and skills. With a resolution of 25 May 2016, the council approved a document that collects experiences and international models of the Food Council, providing some useful information for the establishment of a tool defined as the Metropolitan Food Council of Milan.

Since 2018, the Food Policy has launched a particular method of involving the various actors involved in the issues and actions in progress, defined as Community of Practice.

The Community of Practice allows the analysis and deepening of key topics for the city’s Food Policy with the dual objective of communicating ongoing actions and collecting feedback and proposals from the main stakeholders or interested parties.

The set of Communities of Practice and other information and awareness-raising moments constitutes an involvement tool available to the Food Policy.

These are the Communities of practice realized since 2018: